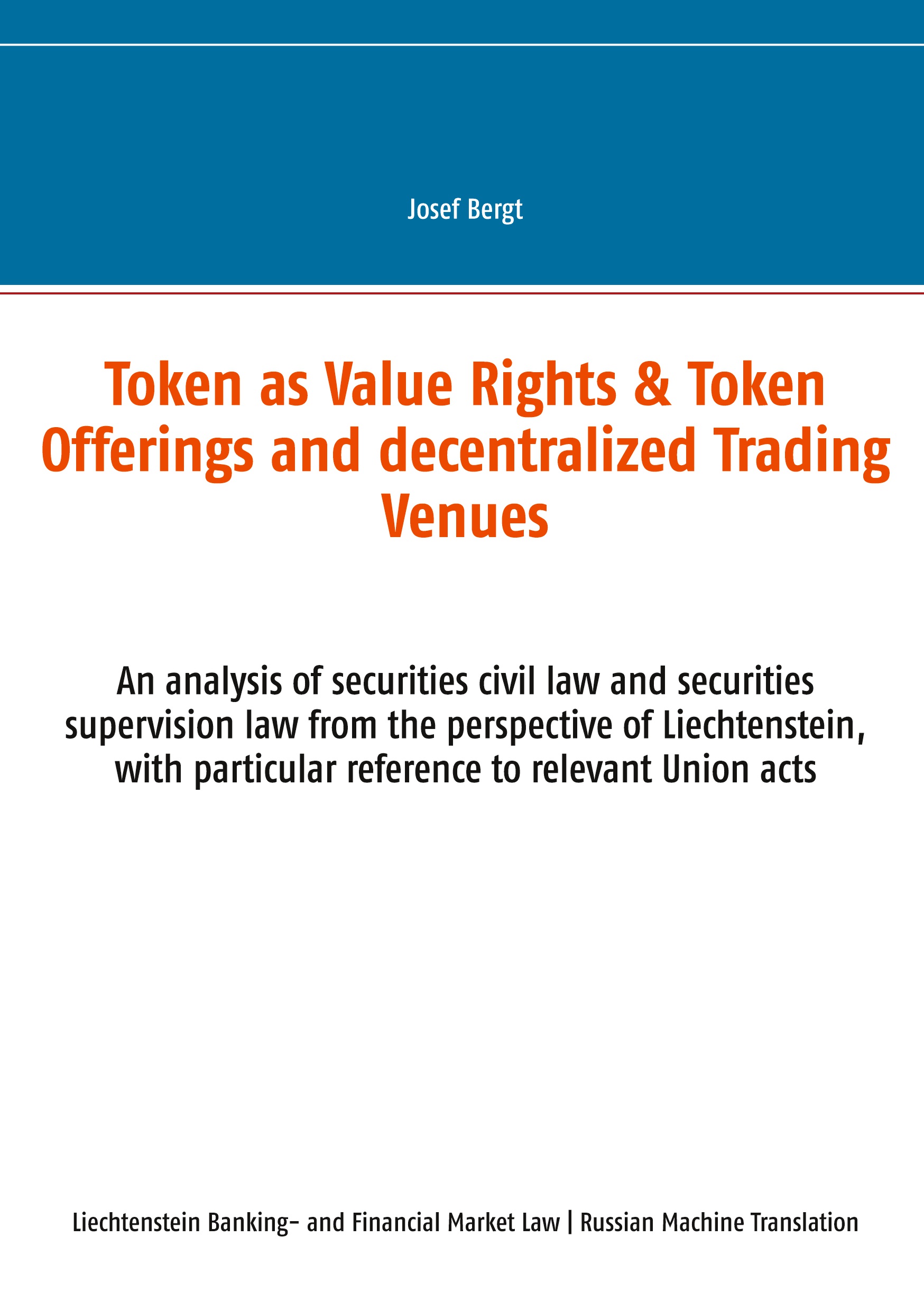 This book was translated from German into Russian by means of artificial intelligence (machine translation). This academic paper deals with both civil (securities) law and regulatory (securities) law aspects. Thus, a summary of the property law is provided, which deals with the classification of tokens under Liechtenstein law. Furthermore, dematerialized securities, which have been known to the Liechtenstein legal system for almost 100 years, will be dis-cussed. The civil and corporate law focus is on Liechtenstein, while the Swiss corporate law and the general civil law of Austrian law are also taken into account. The supervisory part of the work is clearly in the focus of Union law, but also takes into account national specialties of Liechtenstein, Austria and Germany in addition to European legal acts. Thus, tokens and token-based business models are also examined in the light of European legal acts such as MiFIR, MiFID II, CRR, CRD IV, CSDR, EMIR, AIFMD, UCITSD, E-Money Directive II, PSD II, MAD/MAR, Prospectus Regulation, 5th AML Directive and other regulations, directives, as well as implementing regulations and delegated regulations. A special focus is placed on crypto exchanges and decentralized trading places (DEX). In addition, a focus will be placed on consumer law in terms of tokens and distance selling contracts, taking into account the Consumer Rights Directives. In this context, tokens as data or software and thus as digital content and consequently merchandise are also dealt with in more detail and the parallels to tokens as tokens with intrinsic value or virtual currencies in contrast to fiat money are shown. Furthermore, the author aims at explaining deposit business, e-money transactions and financial instruments as communicating vessels in contrast to virtual currencies. Although this is primarily a legal work, technical aspects of Distributed Ledger Technologies, such as the blockchain, smart contracts, agoric computing, self-sovereign identity, etc. - as far as this is necessary for the legal assessment - are also explained in more detail. The present discussion is to be understood as scientific work with practical relevance for advice in connection with blockchain based business models.